Today we are going to try again to access Google Classroom.

WILF:
* access the blog
* navigate blog links to your portal
* join the classroom using the class code on the board
In Google Classroom…
* access document
* Save as a new document
* complete tasks

TIB: Technology allows us to collaborate in an online forum and work simultaneously with teachers and other students. It is a great way to help each other.

For Fun: If you have completed this we would like you to create a Tagxedo, Popplet or Bubblus about things you have learnt this term. You will be able to save your work onto the collaboration drive using the snipping tool.

Bears are omnivores and they can eat anything. They give birth to live young. They don’t lay egg like some other animals.

There are many types of bear which include polar bear, brown bears grizzly bears and pandas. Australian koalas are not bears, but they are marsupials.

Bears are strong heavy mammals. They have small tails and small ears. They have thick coats and fur which they use to warm them in cold winter night. Bears have poor eyesight and hearing, but they have a very good sense of smell, that they use to smell their food. Some bears live in cold places and some live in tropical forest. 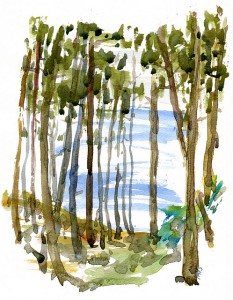 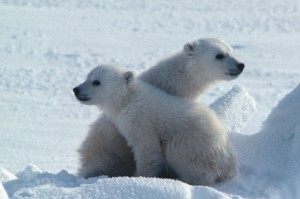 Bears are aggressive mammals. Bears are strong heavy creatures. Their teeth are very hard so they can chew on the food that they eat. They have long sharp teeth called molars. Their thick brown fur keeps them warm from cold areas.

Bears have a good sense of smell that is used for hunting. They can smell almost anything anywhere. But they don’t have such good sense of sight. Their hearing sense isn’t good either. This makes it hard for the bear to hunt its prey.

Bears do not lay eggs. They are born alive. The baby stays with its mother for a few months. During those months they hibernate. This means they sleep till spring arrives. The reason they do this is because it is cold in winter, so they build a den and sleep in there to keep warm.

Bears are omnivores. They eat plants such as berries, fruits and many more. They also eat meat. They eat humans and fish. They eat a lot of meat so they can survive and grow.

They are famous for their brown and white coat. They get hunted down for their thick fur coat, and soon there turned into thick fur carpets or something else. Aboriginals also hunt down bears so they can eat it. Some people even set traps for bears!

There are not much bears in rain forests anymore because some bears get killed and hunted down. Animals known as marsupials are NOT bears at all. They are pouched animals. There are many pouched animals such as kangaroos, Wombats, koalas and many more. Bears don’t have pouches at all they use their backs to carry the little baby bears and sometimes their teeth.

Bears are a type of omnivore. They are very powerful mammals. They eat any animal they see. Carnivores eat lots of different animals.
There are many types of bears. Such as polar bears, Brown bears, Black bears and Grizzly bears. All of the bears are very dangerous.

Bears are strong heavy mammals that have small tails and ears. They also have crushing back teeth which are known as molars. They have an excellent sense of smell.
All bears have thick coats or fur. This keeps them warm in the cold climates. 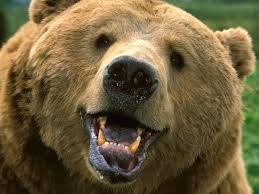 I am sure you have all had a busy term of learning.
Today you will need to use Tagxedo or Popplet to create a word cloud that demonstrates what you have learnt. The more sentences you write the more interesting your cloud will be.

Make sure you save them in the folder called ‘Term 3’ on the shared drive.

WILF:
* access the blog
* open a webtool using a blog link
* create a presentation
* save in the correct place
* publish to the blog

TIB: being reflective is an important part of your learning. There are many different ways people choose to present information.

Last Semester 56C worked collaboratively to create adverts for an original drink design with a twist. Instead of being ordinary energy drinks, these drinks would give you a range of super powers. Super speed, super strength, invisibility, teleportation, telekinesis and the ability to breathe underwater are just some of the ideas students have developed. If only this were possible……
Check out some of their movies and please leave a comment about their hard work. Mr Crowther and Miss Bryceland are very impressed with all efforts.
Well Done 56C!

Welcome to the blog 34A!
Today you will be learning how to:

Use popplet to create a set of safe blogging rules 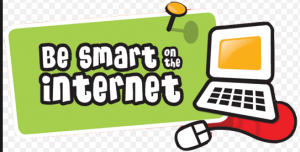 TIB: Everything we do online is there forever. It is great to be able to publish our work and ideas online but we must always remember how to be safe when using different websites.

Watch this space for some completed popplets by 34A.

5/6L and 5/6T are working collaboratively to design a mini golf course! We are identifying and using two dimensional shapes and a range of angles including invisible angles to make our course innovative!

What wonderful work all the students in stage 3 have been producing! Aboriginal perspectives, Book Week inspiration and much, much more.
Which is your favourite and why?